A couple of months ago, my friend and I decided we were going to run the ROC race in Brooklyn. The ROC (Ridiculous Obstacle Course) is a 5K race held all over the nation that has different obstacles. From wrecking balls to water slides, this race has it all! We were super excited to run the race this upcoming weekend until the government decided to shut down.

The ROC race was being held at the Aviator Sports & Events Center, which is part of a national park. Since the government shutdown, all national parks have been temporarily closed, thus postponing this race. Obviously, race participants were not happy, myself included. Not only was I training for the race, but I also paid a decent amount of money to run. The ROC race understood all of this and responded in the best ways possible. Here are the couple of actions the race took to ensure all NYC race participants were happy: 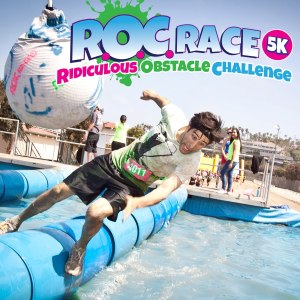 1) Constant communication: The race has sent me at least six emails since the shutdown began. They provide detailed updates about the race, our registration and any other developments. Just this morning I received a reminder to not pick up our race packets since the race is postponed. Some may think it’s overkill, but I like being informed and updated.

2) Updates on all outlets: Not only have we gotten email communications, but the ROC race has done a great job of updating their website FAQs and posting on Facebook to keep everyone informed. Their Facebook updates are particularly helpful as it’s easier to read that on my iPHONE.

3) Contingency plans: The ROC race has been very intentional with their planning. They could not have possibly known the government was going to shut down and postpone their race. They have set deadlines and already secured the space for next weekend, in the hopes that the shutdown will be over by this coming Monday. They are also taking race set-up and participant notification into consideration: If the shutdown isn’t over by Monday (October 14), they will not run the race that upcoming weekend. They are not trying to rush and just get the race done. They care enough about their participants to make sure the experience and execution are flawless.

4) Listening skills: When the race was first postponed, runners had two options: Run the race on the new date or transfer registration to another ROC race in a different location or on a different date. Once that news got out, people reacted strongly and were upset that they couldn’t choose a refund instead of a registration transfer. Race leadership responded quickly and created two additional options: a complete refund or a registration transfer to a friend. This absolutely showed how the race is primarily concerned with their runners’ experience and are willing to change plans in order to accommodate more participants.

Overall, I think the ROC race handled a difficult situation really well. Of course, there are still unhappy participants and everyone still wishes the race would run this weekend. But, given the circumstances, race leadership dealt with this mini crisis in a positive and professional way.